When Swine Flu Visited Our House

My college freshman son called home during his second week of his first semester advising us that he was ill. In the morning I drove the 60 miles to his school to retrieve him and drove straight to his doctor’s office.

Though he is 18 he will continue to see his long time pediatrician for at least a couple of more years. Two pediatricians convened and the diagnosis was H1N1, or Swine Flu.

The two concluded he would be a candidate for Tamiflu since he had mononucleosis early in the summer.

I asked the doctors why they did not administer a quick flu test to confirm the diagnosis and they said flatly, it’s summer, he has the flu and there are no other flu’s going around.

Her boss, my son’s primary physician added the only flu candidates being confirmed are those hospitalized. This decision was made on the state (California) and county (Fresno) level.

Why is this you might ask? Because they don’t want a panic. If the true level of positive cases was known it could create a run on emergency rooms and outpatient or urgent care clinics. Since this is a mild strain for the most part there is no real need to sound an alarm that might send everyone that sneezes to a clinic.

So what we have is a silent pandemic. People in the county are sick. In a recent visit to one of my doctors I waited 2 hours to see a physicians assistant, not my primary who told me she had seen 10 flu cases before 11 am.

The week before I visited another of my doctors (yeah I have a couple) and she told me one of her friends at a local hospital mentioned the more serious cases are seen in the morbidly obese. Most patients requiring assisted ventilation are the extremely overweight. No one knows why. Pregnant women as we know are another group susceptible to H1N1.

My son spent 3 days on the couch in the front room where his mother and I took care of him. Fever never went much higher than 102 and the vomiting and lower bowel discomfort was minimal after the second day. By the end of the third day he migrated to his old room and by the fourth day he wanted to get back to his campus.

Tamiflu may have hastened the speed of his recovery and contributed to keeping the symptoms from getting out of hand. Tamiflu claims to reduce the length of the flu by a day to a day and a half. It helps keep symptoms cooler as well, but not by much.

No one else in our home was affected. Neither me, my wife or our high school junior got it. The CDC says there is a 20% chance of a family member contracting the Swine Flu from another household member. 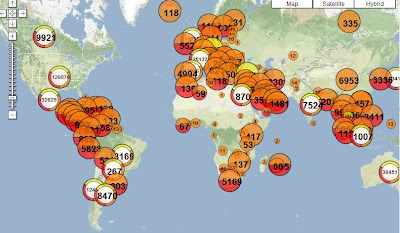