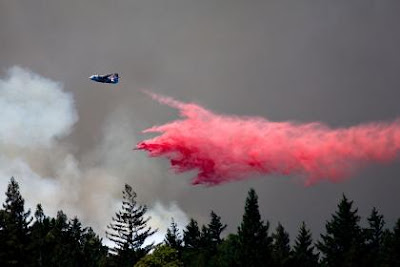 Threatened: More than 250 residence are currently threatened in the Swanton and Bonny Doon communities.
Evacuations: Mandatory evacuations for Bonny Doon and Swanton affecting 2,000-2,400 people.
Cause: Under Investigation

Major Incident Command Team: CAL FIRE ICT #9
Conditions: Problems and concerns include weather, steep terrain and limited access to the fire perimeter. Strong gusty onshore winds are predicted today, and could push the fire further to the east toward the community of Bonny Doon. 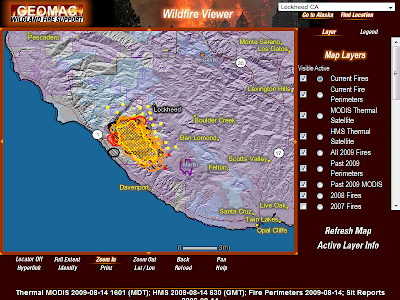