La Brea Fire, Maybe Some Fires We Should Let Burn

The practical side of me says pull the plug, send everyone except a few firing crews and bulldozers home and let this one be.

Why? Because in all the landscape of California this is one area God did not bless with a need to exist, that might be harsh, but definitely a place that doesn’t need humans knocking themselves out fighting a fire in.

People have died trying. This month marks the 30th anniversary of the Spanish Ranch tragedy that took the lives of Capt. Ed Marty and firefighters Steve Manley, Ronald Lorant and Scott Cox in the same area.

I alluded to the the 1979 Spanish Ranch Fire in this post, where the four Cal Fire (then CDF) firefighters died on a desolate hillside. The four were from the Nipomo station, my old station.

In some cases it’s OK to let Mother Nature have her way with fire, this may be one of those cases. Judging by the discussion and reporting on wildland Fire there is no water for helicopters and no access for hand crews or engines. 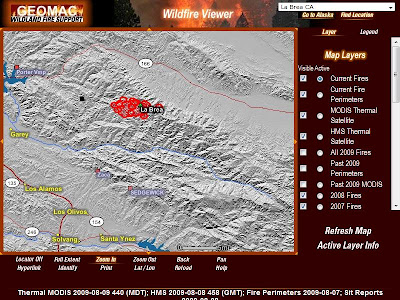 Some would argue there are cabins and ranches that need protection. I counter by asking if there is no access for firefighters and equipment then there are no homes or cabins. Even if there are some old hunting shacks in the path, well time for an upgrade anyway.

I don’t want any one’s son or daughter injured or dead trying to beat a path into the devil’s lair to save a seasonal shack.