My wife and I took our youngest son on an overnight trip from our home in Fresno to see Mono Lake. Consistent with this Summer’s theme we limited the trip to one night away. We have taken several over night trips this year instead of one big vacation.

We left Fresno at 7:00 am Sunday morning headed for Mono Lake via the Tioga Pass through Yosemite National Park. Instead of using the Highway 41 park entrance I opted for the Highway 140 route leading to the El Portal entrance.

Just outside of Mariposa the highway follows the Merced River all the way into the park. This is one reason I prefer the El Portal entrance, the view of the river and lack of windy turns required on the more mountainous South entrance.

Once in the park we headed out of the Valley and connected with Highway 120. We were in Tuolumne Meadows 30 minutes later. Throughout my life I’ve visited Yosemite National Park, as many as 60 visits but have never seen Tuolumne Meadows. 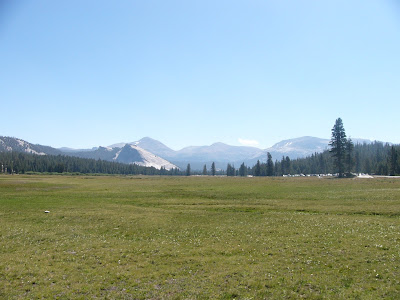 It is as inspiring as advertised and equally popular. At 10:00 am the crowds were picking up.

At an overlook where my wife shot this image of Tenaya Lake I met a guy from San Diego on a bicycle that began his trip from Mammoth the day before. His wife would be picking him up in Sequoia National Park in a few days. A commercial real estate turned investor nearing 60 that always wanted this challenge. The people you meet always make the trip.
We exited the park at the East gate but were held up by a ranger for a few minutes. It seems they meter entrants, something I have not encountered in any visit to the park before. As we exited we passed by a line of cars at least a mile long waiting to get into the park. Lesson to travellers, get to the park early in the morning.

The descent to Mono Lake was straight downhill run . The setting is pretty spectacular and a complete contrast to the terrain just up the mountain. 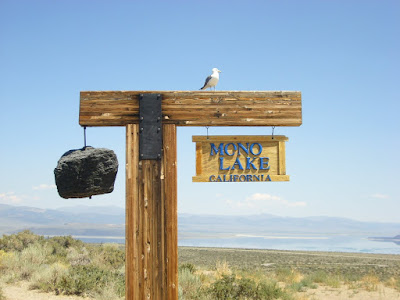 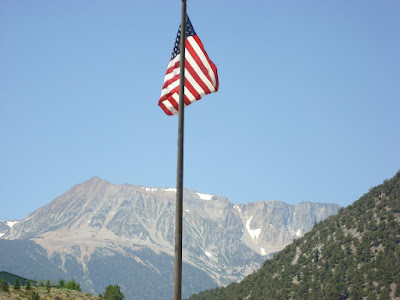 After taking a good look at Mono Lake we moved 30 miles north on Highway 395 to the town of Bridgeport (elevation 6,700 ft). This is a place locked in time, circa 1955. It’s a highway town with everything a person could need or want. Five restaurants, a handful of older motels, a general store, police station and jail, school, courthouse, museum and very nice people. About 1,000 people call Bridgeport home.
We ran into a large group from Palo Alto, all Stanford grads, all graduated in the 60’s, all in great shape in town for a week of day hikes.

We departed at 7 am via the Sonora Pass. I can say without reservation this was the most beautiful ride I have ever been on. The sun was bright, the air was crisp and we were the only car on the road….all the way up to the summit. 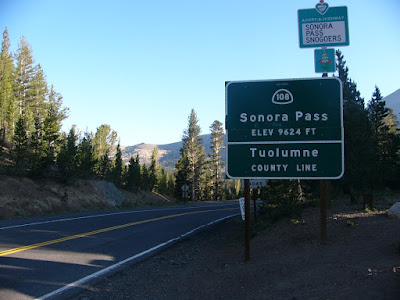 4 hours later we were home. Down into Sonora, through Coulterville on Highway 49, Mariposa, Oakhurst and home.