Last November as flames approached the Hollydale Mobilehome Estates in Carbon Canyon TV viewers in the Southland watched as CBS2’s Larry Welk hovered above covering the drama developing below.

From my perspective as a viewer the impending drama was adrenaline inducing. As I wrote at the time from all appearances this park was going to be run over. As it turned out of course the fire professionals on the ground were able to direct the flames around the homes. Despite many efforts I was unable to get the footage, footage that would be not only entertaining but useful or instructional for wildland firefighters worldwide.

Today in the comment section of the older post professional photographer Jody Gomez sent a link to a gallery of photos she shot that night on the ground in Carbon Canyon.

With permission from Jody I can post these images she shot from the ground on November 15, 2008. 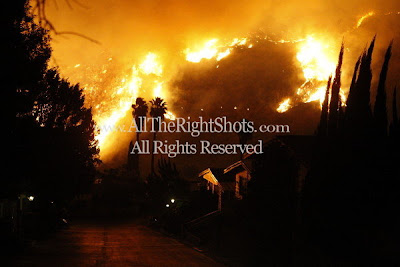 Link to full gallery of images 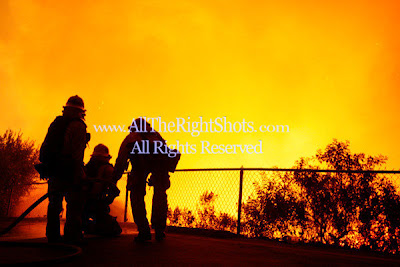 Much appreciated Jody, be safe on the ground this season!