"This was just so far off the scale of anything"

The tragic story of Marysville, Victoria State, Australia as fire struck the town. This is a chilling story. 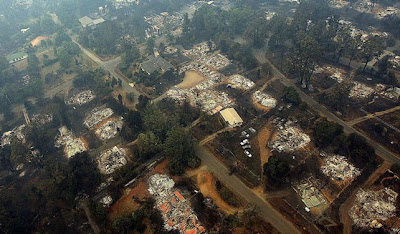