San Diego Gas and Electric is going after homeowners that may have disregarded defensible space standards during the 2007 fire season. The complaints were filed in response to class action lawsuits filed against them.

According to San Diego Online SDG&E has filed cross complaints against homeowners, local municipalities and even fire agencies in response to the lawsuits.

The utility is being blamed for starting the Witch and Rice Fires due to arcing wires. The utility argues the fires were spread in part by homeowners that were not in compliance with defensible space ordinances.

County and State ordinances define how property is to be cleared. Properly brushed and trimmed property is less likely to present a problem for adjacent properties. The utility will likely argue inadequate clearing by property owners added to the devastation. Embers from burning homes added more fuel to the fires and caused more collateral damage than would vegetation alone. 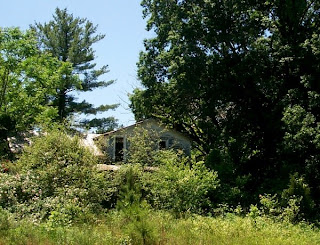 Technically they are correct and ultimately this could be a mitigating factor in a settlement negotiation.

How SDG&E could go after firefighters is a mystery to me and more than a stretch. Actions by firefighters in a fast running fire are not predictable or measurable and nearly impossible to duplicate. Conditions cannot be simulated.

Fire ground triage during a fast moving fire dictates which properties will be defended or not. A property out of compliance, shrouded in overgrown brush or trees will often be overlooked in favor of those more easily defended.

These decisions are always made with firefighter safety as the overriding factor. 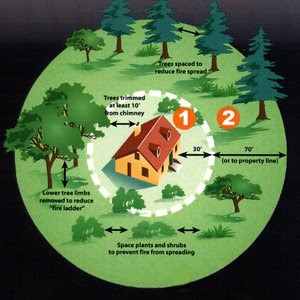 As simple defense for homeowners is to pull up an overhead image from Google Earth taken pre-fire. The property was either in compliance or it wasn’t.

I applaud San Diego Gas and Electric for drawing non-compliant homeowners into the fray. It shines light on the defensible space issue.
I hope the insurance industry is watching. Had they been inspecting their insured properties and forcing homeowners to comply with fire codes fewer homes would have burned.

As well firefighters would not have to make as many difficult save or burn decisions or God forbid suffer injury or death defending an un-defensible dwelling.