The Piute Fire, burning in Kern County south of Lake Isabella has burned 25,000 acres with 26% containment. Twelve hundred firefighters are tasked with fighting this fire burning in terrain mother nature ignored when the planet was formed.

Only four helicopters and two fixed wing aircraft are assigned to the Piute Fire. It has been considered a lower tier priority playing second cousin to the Gap and Basin Complex fires burning on the coast. That may change if S/E winds don’t abate. Lake Isabella is a thriving town and the range is home to numerous small communities. 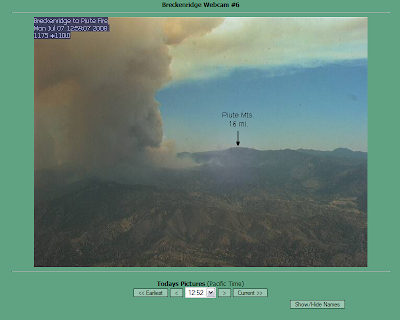 GeoMAC shows renewed activity on the west and north heads. I would not be surprised to see Tanker 910 diverted from the Basin Complex to the Piute in the next 24 hours. 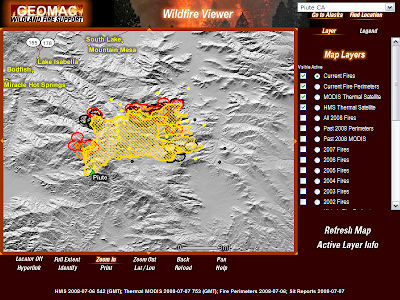 Looking at the morning incident report it appears this move to the north and west may have caught them by surprise. Keep in mind they are hamstrung. The resources required to mount a proper fight are not avaliable.

Here is what they are facing:

“……Type 1 helicopters are very effective in reducing the spread into these communities until ground resources can reach critical areas. Lack of overhead positions continue to hamper suppression efforts. Lack of Division Supervisors is creating span of control issues. Resources continue to hold and construct line on the southern perimeter to keep the fire north of the Piute Mountain Road. Steep terrain is making control efforts difficult on the western and northern portion of the fire. Work on a contingency line on the northern perimeter was begun with the use of hand crews and dozers. Several IHC crews are timing out which will impact the completion of the contingency line. Helicopter bucket drops are crucial in these areas to allow ground resources sufficient time for control actions.”