The maps below show the progess of the Basin Complex fire as represented by USFS MODIS via KML/Google Earth overlay. The “dots” are not represented as real time but they do offer a visual of areas that have burned and terrain in the path of the fire.

The first image is looking at the north front of the fire from the west. The Basin Complex incident base in Molera State Park is marked. 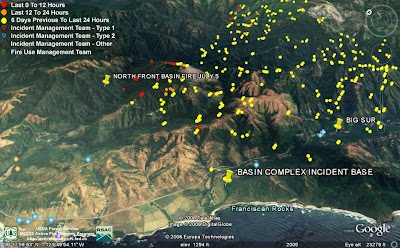 The image below shows the southern front of the Basin Complex fire. Again the image is viewed from the west. 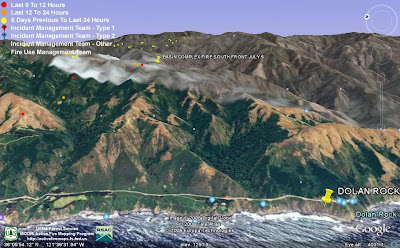 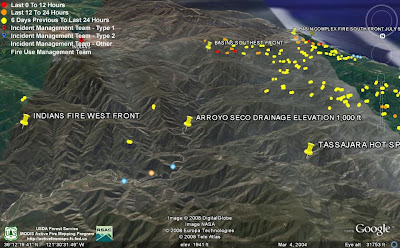 This GeoMAC image was captured at 4:00 pm PST and shows no current activity on the east front of the fire. The town of Big Sur looks pretty solid this afternoon. 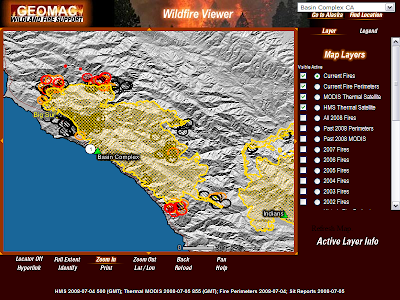