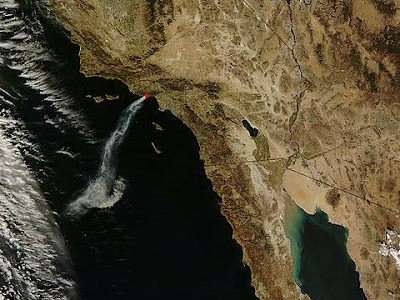 The Los Angeles Times wrote a great article about a Malibu resident who took matters into his own hands as the Corral Fire swept through his neighborhood.

“…When the burning cinders flew over the street and set a steep canyon south of Sequit ablaze and flames shot back up the hill, Haines sprayed down houses on the south side of the street, including one he is building that is sided in tar paper. His 750-gallon 1976 Ford fire engine performed flawlessly, he said, as did its companion truck, a 3,000-gallon tanker.

The white firetruck still has “Fire Dept.” painted on its doors, although the name “Merced” has been scraped off.

“And you know something? We saved millions of dollars’ worth of property today with those…”

Want to bet there will be a run on surplus brush engines next year?