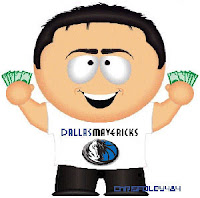 On Firefighter Blog I occasionally drift into commentary. The tag line under the blog title says so. It doesn’t say what kind of commentary. No wildfires are burning so the blog went on hiatus for a couple of weeks but I’m still here and I have a comment.

I’m no fan of Mark Cuban, readers might recall Cuban entered an email pissing contest with me awhile back after I posted an unfavorable comment on BlogMaverick.com, his “all about me” web diary.

My comment had to do with his intention of releasing his now failed documentary detailing how 9-11 was a U.S. Government conspiracy.

That “documentary” failed and now he is backing another anti-US, anti-military flick called Redacted. I caught Bill O’Reilly earlier tonight and he and Dennis Miller were discussing Cuban’s new movie. Miller is great, to me he’s a true American Hollywood hero for his pro America stance in the face of leftist Hollywood. He’s a man of principle.

Miller hit it on the head when he compared Cuban to Jed Clampett. He joked the reception Cuban will receive from the Hollywood crowd will be akin to Mr. Drysdale throwing a party for Uncle Jedd. (He never took Jedd Clampett very seriously)

The main difference between Uncle Jedd and Mark Cuban is the fictional Jedd Clampett had his ego in check. He was homespun honest, a friend to all and centered. Jedd was a peaceful man but if he or his family or country was backed against a wall he was the first to grab his shotgun.
Another difference between Jedd and Mark is Jedd didn’t need validation. Cuban craves validation from Hollywood.

Redacted is a horrid depiction of our Soldiers and Marines serving in Iraq. This collaboration between Cuban and the vile Brian Depalma serves no one but the Hollywood leftist set and those with “Bush Derangement Syndrome.”

Cuban will be hailed as brave among this set, a “forward thinker,” free speech hero, bravo they’ll say all the while regarding him as a wannabe, as Miller suggests.

Update; Cuban has barred me from commenting on his blog maverick diary. He’s getting it from all sides, even from loony Depalma due to editorial disagreements according to the published stories.